Silverton Real Estate is proud to offer premier lots in Lakeside in Tessera. This beautiful community located on the north shore of Lake Travis  at the gateway to the Texas Hill Country, Lakeside at Tessera comprises 900-acres of masterplannned community living. Properties here consist of single-family homes priced northward of $200k.  The community is conveniently located on FM 1431, just 15 minutes from major shopping and entertainment options and 25 minutes from Austin.

Imagine an exclusive gated community that is framed by Lake Travis to the south and the Balcones Canyonlands National Wildlife Refuge to the north, filled with rolling terrain offering unhindered views of the gorgeous Texas Hill Country and Pace Bend Park, that is what life is like in Lakeside at Tessera.  The name is inspired by tesserae which means the small pieces of land that bind together to create a unified mosaic masterpiece. In this community you will find resort caliber amenities, amazing schools, panoramic scenery and a quiet tranquil environment to create a residential community that has no comparison.

You will find a collection of manmade and natural amenities that include four miles of bike and hiking trails. The community pool and pavilion include a negative edge pool, kid’s splash pool and pavilion.

The area also involves a park with picnic tables and barbecue grills for spending quality time with friends and family. Other great amenities include community gatherings areas with beautiful outdoor fireplaces and amenities for outdoor sports. Lakeside at Tessera also has 120 acres dedicated for a park system complete with wildlife, streams and wooded canyons.  Lakeside at Tessera is a perfect place to raise your kids as the very prestigious Lago Vista ISD serves it.   The ISD ranks among the top 5% of all Texas school districts and is known for high standards not just inside the classroom but on the playing field as well. Silverton Real Estate can find you the perfect lot in this prestigious community for your dream home. 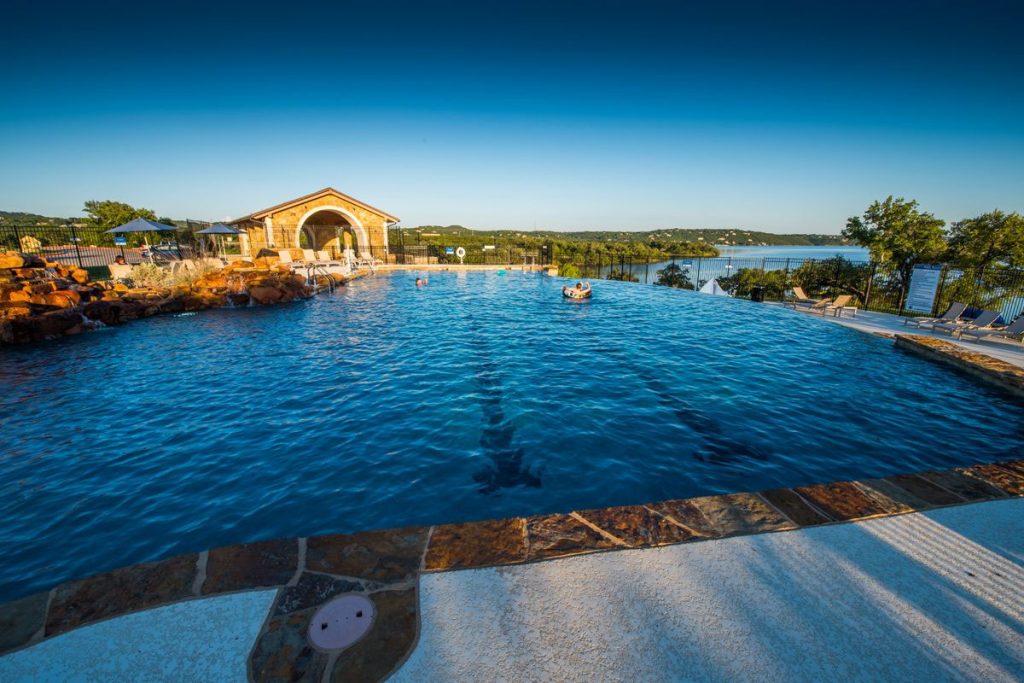 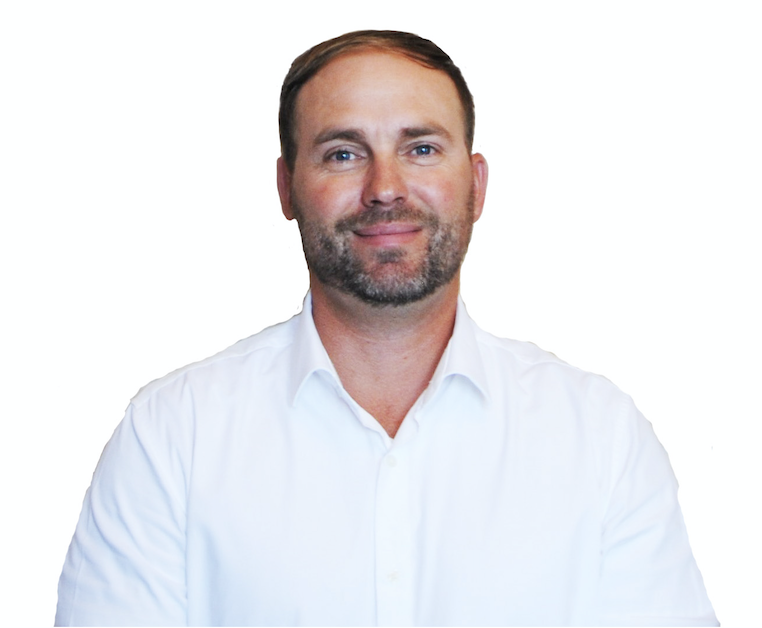 Jason Grimm at Silverton Real Estate is dedicated to putting his experience and local knowledge of the Lakeside by Tessera community to help you. With over eight years experience, he is the land expert across the Austin market, with a specific focus on property in Lakeside by Tessera and the surrounding Lake Travis area. He offers a valuable partnership to his clients for all aspects of the buying or selling process and has a passion for connecting you with your dream property.

A BLEND OF LAKE AND HILL COUNTRY LIFESTYLES, WITH ABUNDANT NATURAL OPEN SPACES AND A HOST OF FIRST CLASS AMENITIES FOR THE RESIDENTS TO ENJOY!

Silverton Real Estate is proud to offer premier lots in Lakeside in Tessera. This beautiful community located on the north shore of Lake Travis  at the gateway to the Texas Hill Country, Lakeside at Tessera comprises 900-acres of masterplannned community living. Properties here consist of single-family homes priced northward of $200k.  The community is conveniently located on FM 1431, just 15 minutes from major shopping and entertainment options and 25 minutes from Austin.

Life in Lakeside at Tessera

If you are the kind of person that prefers the outdoors and enjoys activities such as hiking, biking, strolling, cruising, fishing, wakeboarding, jet skiing and more, you will find that there is no other place to enjoy all of these than on Lakeside at Tessera.  It is the perfect place for an outdoor lifestyle and everything is just seconds away from your doorstep. 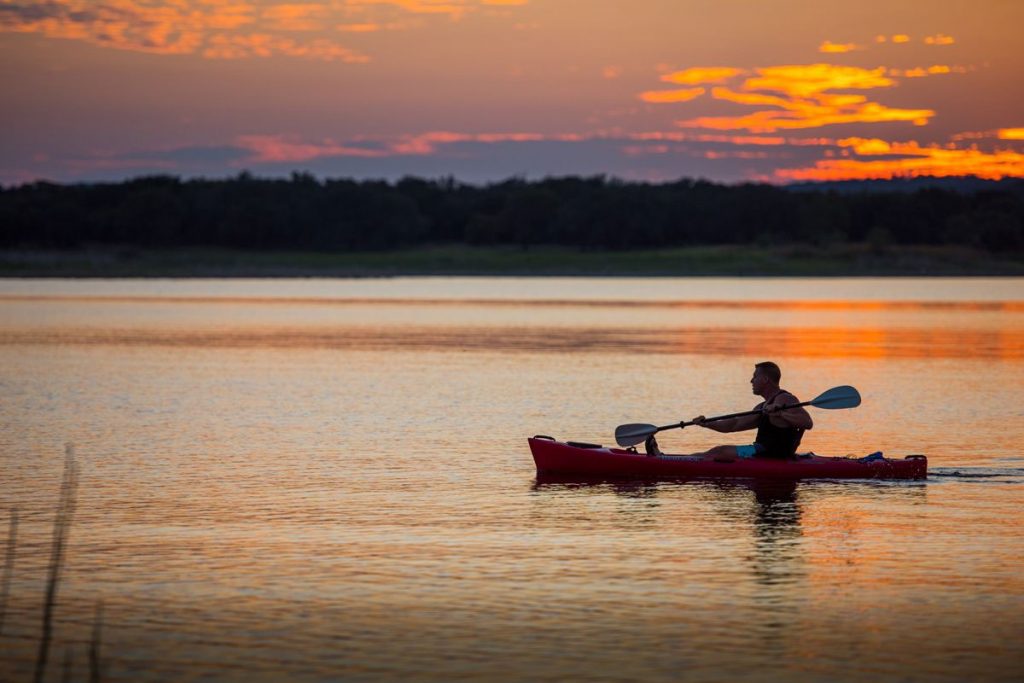 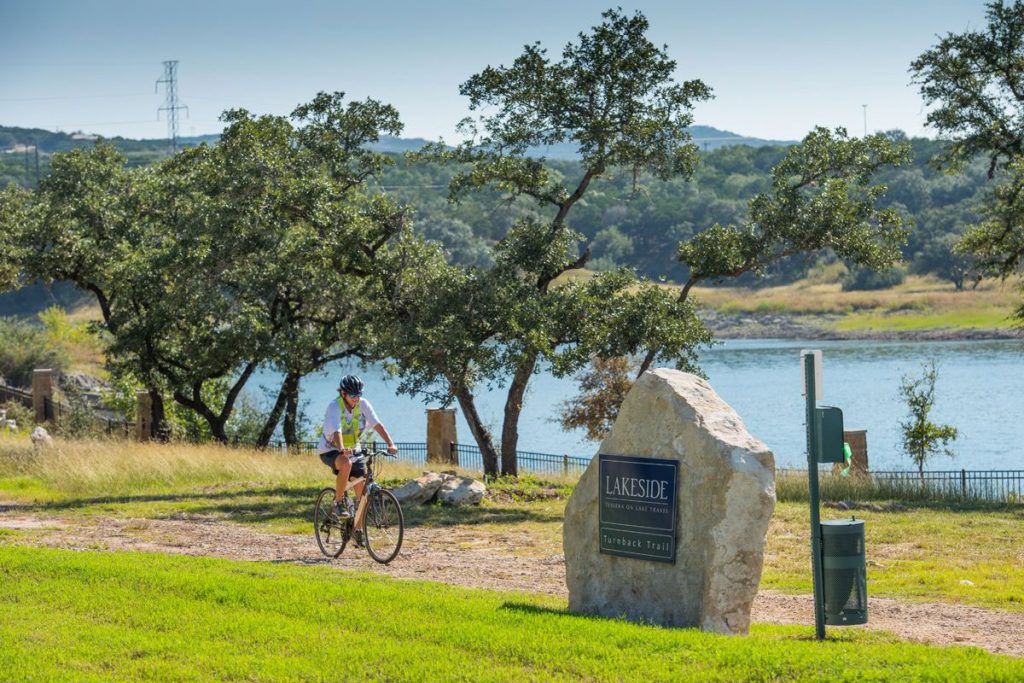 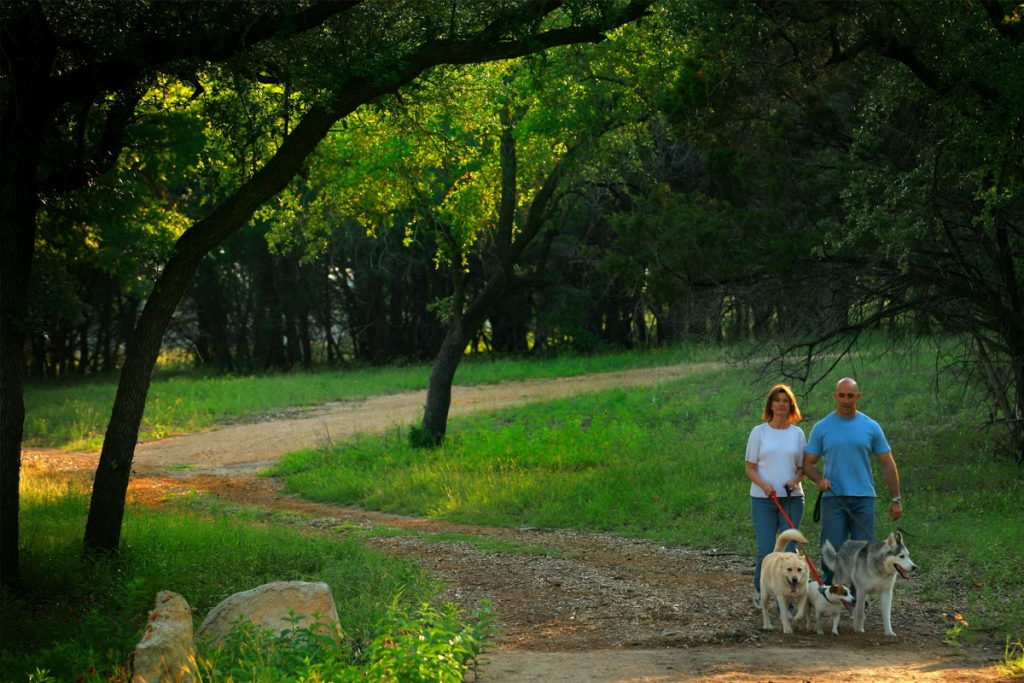 Silverton Custom Homes is a wholly family-owned enterprise that specializes in multi-million dollar properties and over 25 years of experience in the custom homebuilding industry. We have an extensive portfolio of custom home designs for you to choose from if you do not have one yet. Already have an idea in mind? No problem as our accomplished design team can help make your vision a reality.  We are extremely blessed to have built multiple homes for the same clients over the years, improving on homes already built and constructing new custom homes for our customers’ family members. Our exquisite design aesthetic can add flair and functionality to complement your custom home design.

We have an unwavering commitment to quality workmanship and our formula is simple. We treat every project as if we were building our own home. We know and recognize that this is your dream home and you will discover that our expert team of professionals are flexible and easy to talk to. We work within your budget in order to offer you the best possible options so as to integrate as many of your wants, needs, wishes and requirements so as to maximize your investment. We value transparency and integrity above all else and we have no hidden charges as everything is laid out in the contract for you to approve. Our approach to the homebuilding process is similar to a partnership and we consider our clients as trusted friends that share a common goal that is to make dream home a reality. Let us be your chosen custom homebuilder here in beautiful Lakeside at Tessera. Call us today.

History of the Lakeside by Tessera Community

Situated on the picturesque north shore of Lake Travis, Lakeside at Tessera rests at the opening of the Texas Hill Country. The community is roughly a 900-acre master-planned community that offers single-family homes priced from the high $200s. Lakeside at Tessera is located in FM 1431 around 15 minutes away from major shopping, dining and entertainment venues and all just 25 minutes away from Austin. The community is framed by Lake Travis to the south and the Balcones Canyonlands National Wildlife refuge to the north, and comes with awesome rolling terrain and clear unobstructed views of the gorgeous Texas Hill Country and Pace Bend Park.  The neighborhood is part of Lago Vista.

The median age in Lago Vista is 55% higher than Texas.

In Lago Vista 2.83% of the population is Black or African American.

In Lago Vista 1.25% of the population is Asian.

The cost of living in Lago Vista is 9% higher than the Texas average.

The cost of living in Lago Vista is 1% lower than the national average.

The community of Lakeside at Tessera is served by the highly renowned Lago Vista Independent School District. The ISD ranks among the top 55 of all Texas school districts and is highly recognized for its excellent standards in the classroom as well as in sports.

The closest one to the community is Christ our Savior Lutheran Church (0.46 miles) other churches nearby are:

The top employers in the area include:

Dee Dee’s Tacos and More — The best place in town if you are looking for tacos. Staff is nice and attentive but unobtrusive. The fajita steak tacos are super excellent. Definitely a great place to relax and have some wonderful tacos.

Copperhead Grill – They serve some of the most amazing burgers in town. They even offer half-priced burgers on Mondays and Tuesdays. Portions are very generous. Do try the signature copperhead burger and the Mushroom and Swiss. The house made chips are awesome as well as the onion rings.

The Bistro at Flat Creek Estate – They offer some of the best pizza in town. All their pizzas are thin crust and the menu changes as well. Wine is excellent and the staff are all great. Do try the crab eggs Benedict with fresh chunks of crab and a delicious blend of Hollandaise, eggs and grilled tomato.

Other Communities With Lots Available by Silverton Real Estate 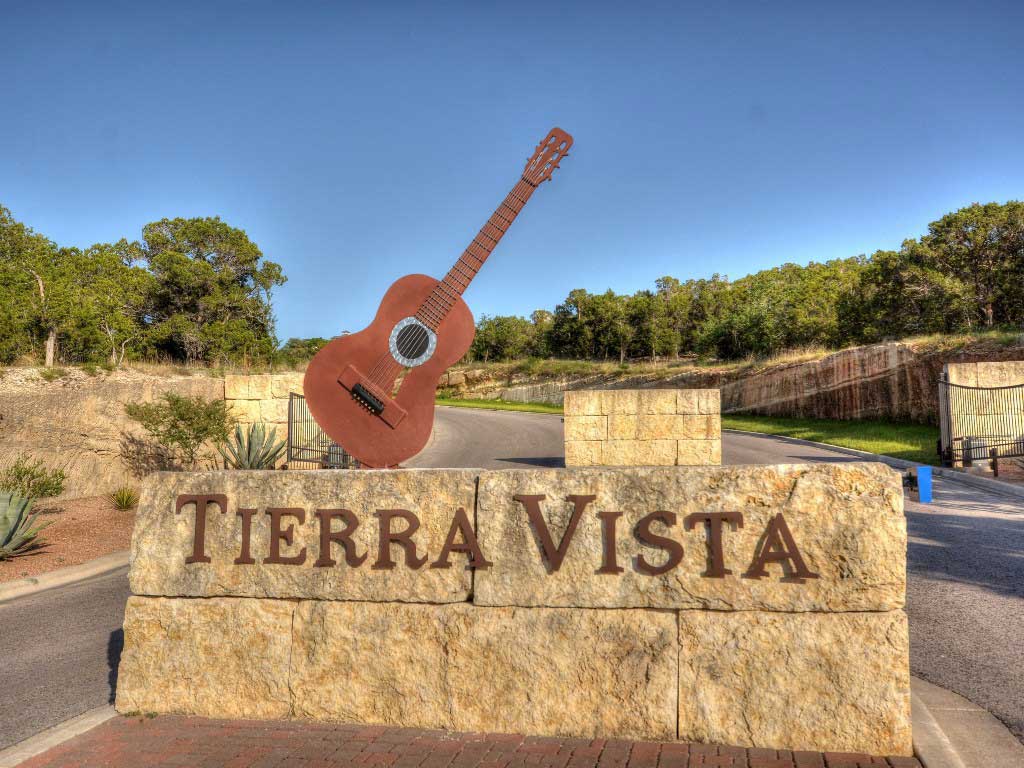 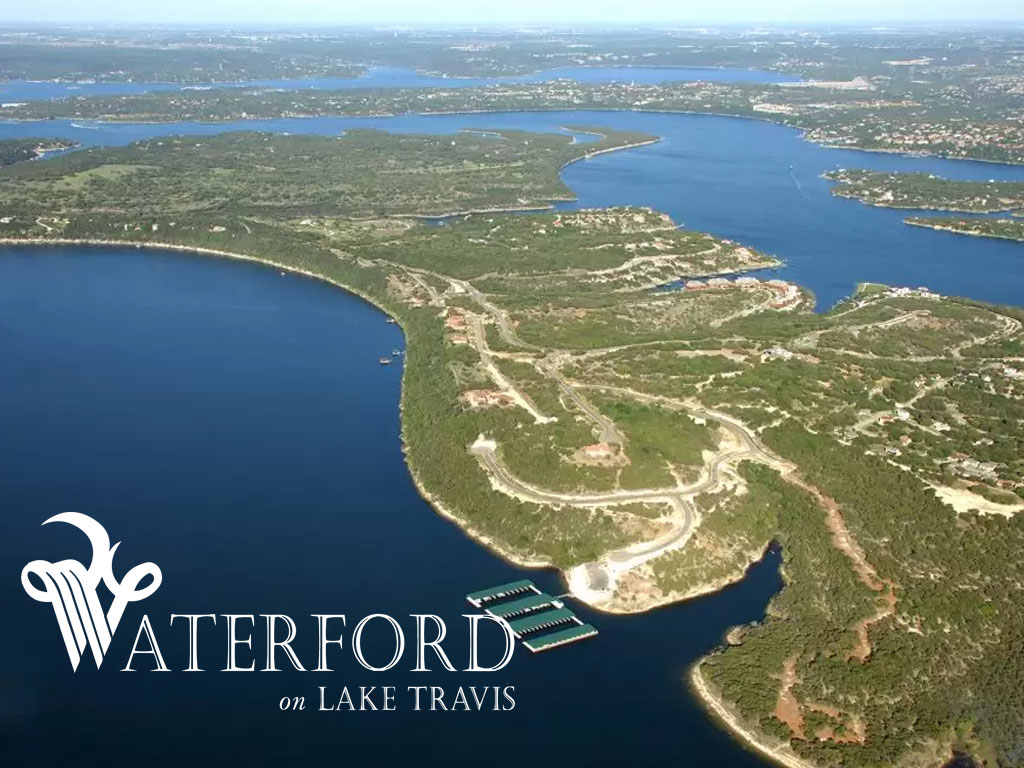 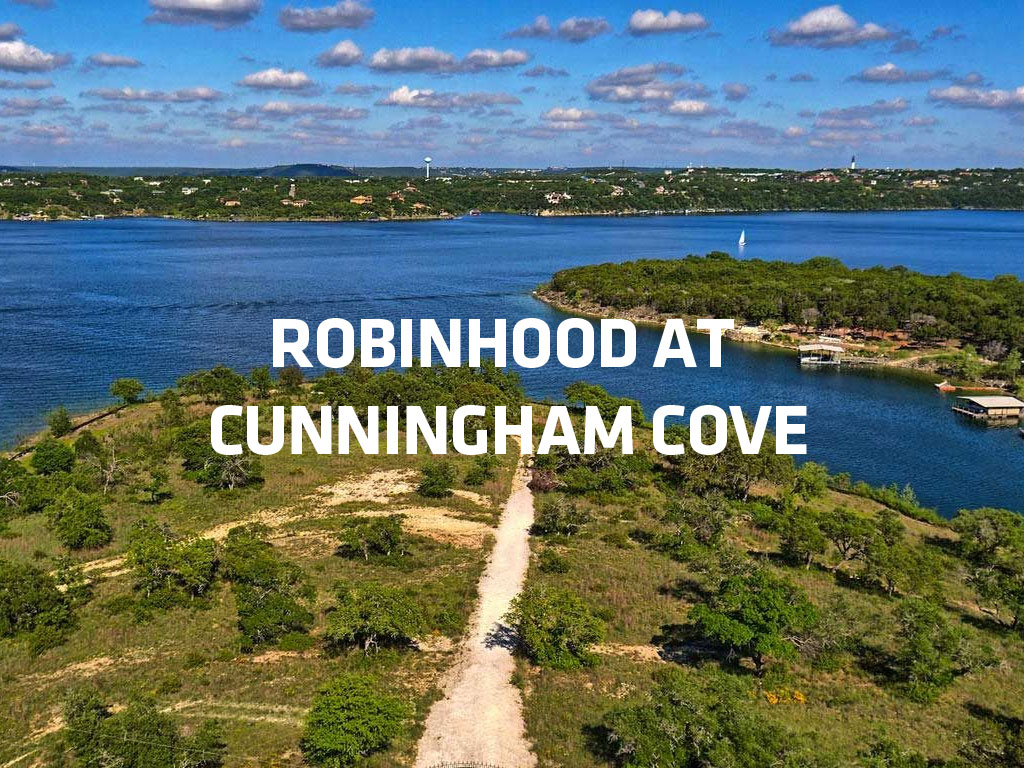 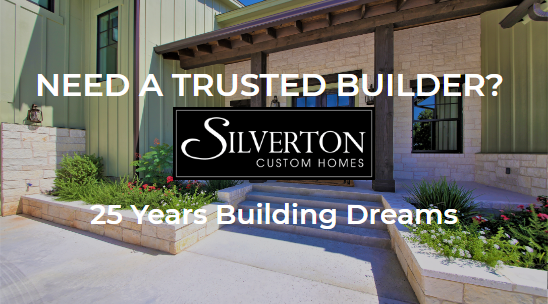 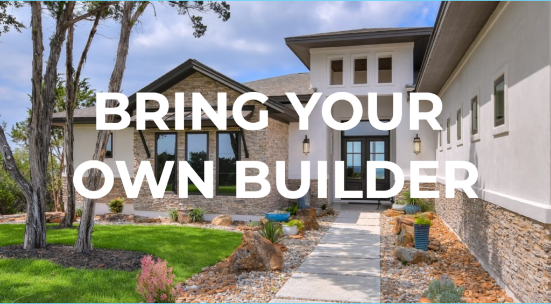